Cashew butter is rich and luxurious on its own, but is taken to another flavor level with toasted coconut – zero sweetener necessary! (Jump to Recipe) 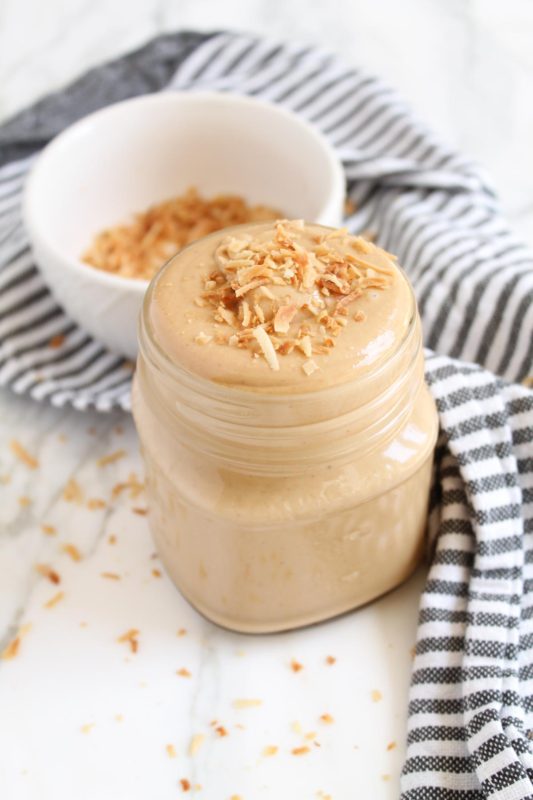 Do you have a Sunday routine?  Maybe it’s brunch with friends, or a leisurely morning with coffee and toast, or a really good workout (I need to do more of that).  Do you have a Sunday Funday more often than not, or do you like to get ready and organized for the week?  I feel like people are usually divided into one of the two categories.  Maybe you walk between the two.

Personally, I wake up on Sundays with grand intentions, including but not limited to: making coffee and pancakes for a grand brunch spread, clearing out my overflowing inbox (why do I get so many dang emails?), making a slate of healthy food for the week, cleaning the apartment (including the bathroom), getting some work done so I’m not crazed on Monday, going for a run, and somehow still relaxing and reading a book (LOL when did I last pick up a book).

Reality: I lay there and scroll through Instagram/Facebook/news for an hour or more before leaving the bed, only to get coffee and come right back.  Then I usually get distracted going down some social media rabbit hole for another hour or so, before my growling stomach forces me to once again leave the bed.  It’s times like these that I wish I had a personal chef to make me lemon ricotta pancakes or cinnamon rolls.  Alas, I usually resort to finding leftovers from brunches past in the freezer – french toast and waffles freeze particularly well, if you were wondering.  Brian usually goes for cereal.  He’s a man of simple tastes. 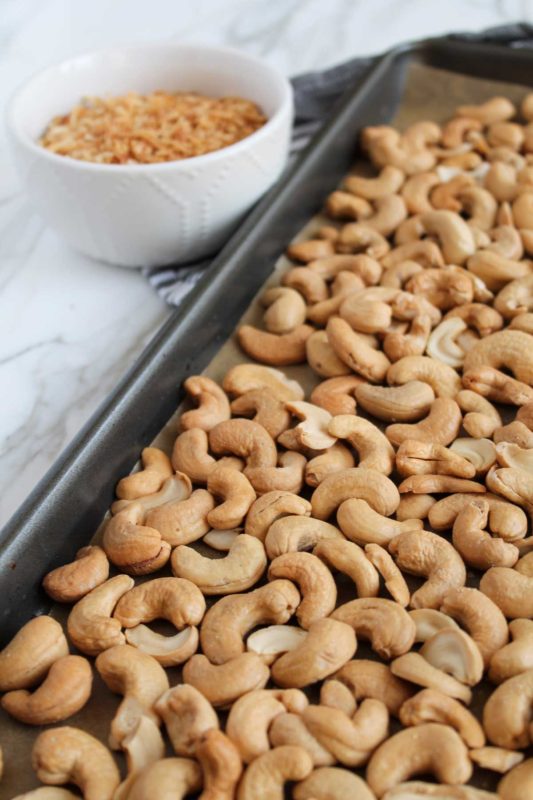 All too soon, morning slips away into afternoon, I’ve gotten nothing done on my unrealistic to-do list, and we have officially entered the realm of the Sunday Scaries.  This is about the time where I start panicking because I have no food prepped for the week (yet still compulsively look at Instagram pictures of other people’s meticulously prepped lunches), my inbox is still overflowing (even though I’ve been puttering around in it all day), the laundry is not done (though I’ve stepped over it several times) and the bathroom certainly is not clean (ugh).  My manufactured stress compounds on itself until I am forced into some kind of action to feel productive.  This usually takes the form of cookie baking, or making baked oatmeal as my “meal prep” because breakfast is really the only meal I care about, if we’re being honest.

Sometimes, though, my need to be productive yields interesting results.  I’ve been experimenting a lot with nut butters lately, and it’s rare that I have less than 3 jars in the fridge at any one time.  I know it’s a little obsessive, but nut butter is just SO good, and there are so many different kinds now!  Does anyone else remember that not-so-distant time when the only nut butter choices you had at the store were Jif or Skippy?  Or Peter Pan?  Yeah, we’ve come a long way. 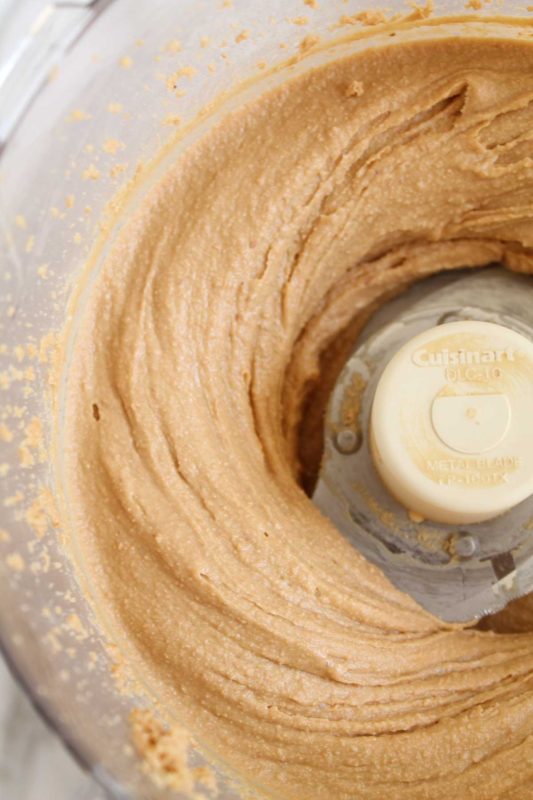 I honestly can’t believe I lived for so long without making my own nut butter.  It’s outrageously easy, and I have to be direct with you and say that warm nut butter, straight from the processor, is one of the most delicious things I’ve ever had.  It’s creamy, it’s rich, it’s velvety…words fail me.

So on a recent Sunday when the scaries were setting in, I knew I had to tackle cashew butter, since the flavor of cashews is so delicate and I couldn’t get the idea of pairing them with coconut out of my head.  Turns out, it’s one of the best combinations I’ve ever had – this is a nut butter match made in heaven.  Plus, the cashews are so rich and naturally sweet (can one describe a nut as sweet?) that you really don’t need any sweetener.  Win.

Toasting the coconut really brings out the flavor and adds a caramel-y note to the butter.  It’s super easy – spread out shredded coconut on a baking sheet and bake 5 minutes at 350 degrees.  Then toast your cashews on the same baking sheet (I used the same parchment too) for 10 minutes.  After that, just throw them in the processor with the coconut, some salt and vanilla extract.  The processor does all the work.  I love when I can feel productive yet barely expend any effort.  That’s how Sundays should be. 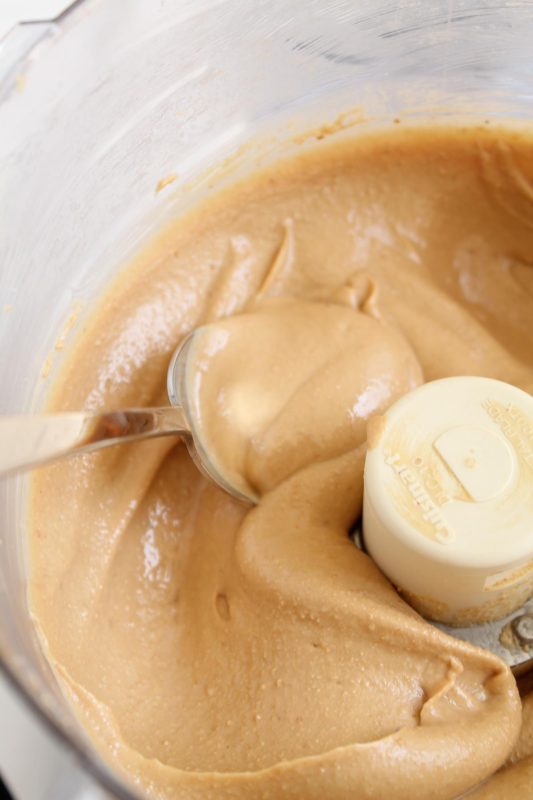 Total processing time was about 10 minutes for me with this cashew butter.  I like to keep going until it’s super creamy and liquidy, but you do you.  It’ll be lovely at whatever point you pick. 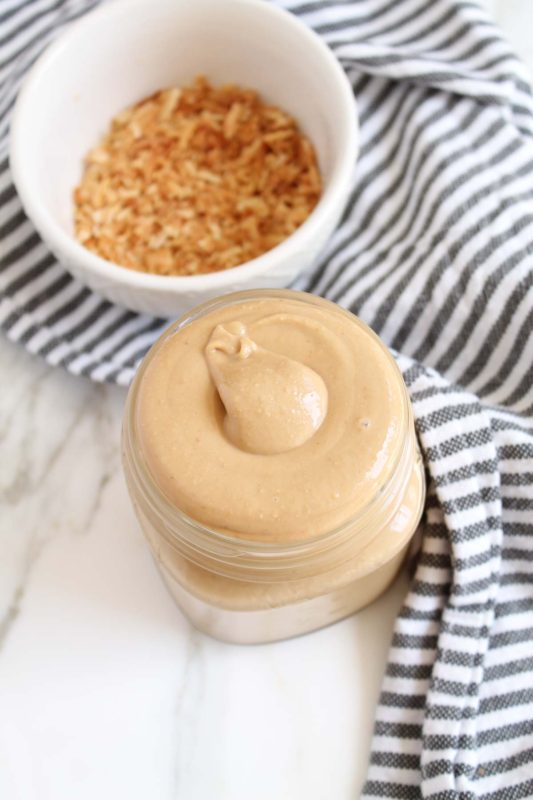 Oh my word, the taste of this cashew butter is unreal.  It’s pure velvet.  Silky, subtle, liquid gold.  The coconut flavor is not overpowering – just a hint to make it interesting.  It was really, really difficult to stop myself from just eating it all with a spoon. 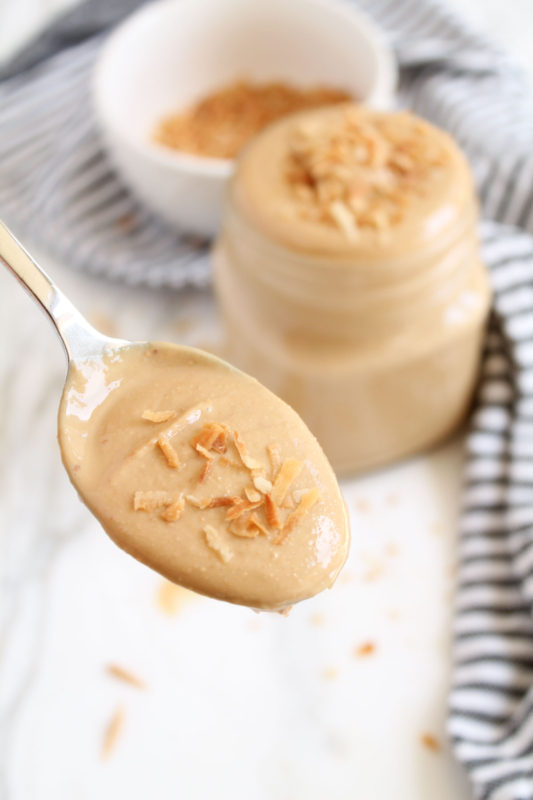 Obviously, I didn’t stop myself from eating that spoonful.  For the picture, and all.  And on Monday, and every day after that for a week straight, I slathered this cashew butter on everything I could think of, including ice cream.  No. Shame.  That’s a Sunday well spent. 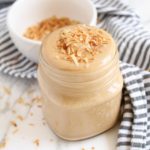 Cashew butter is rich and luxurious on its own, but is taken to another flavor level with toasted coconut - no sweetener necessary!
Prep Time15 mins
Cook Time10 mins
Total Time25 mins
Servings: 14 oz (just under 2 cups)
Author: katiebirdbakes.com 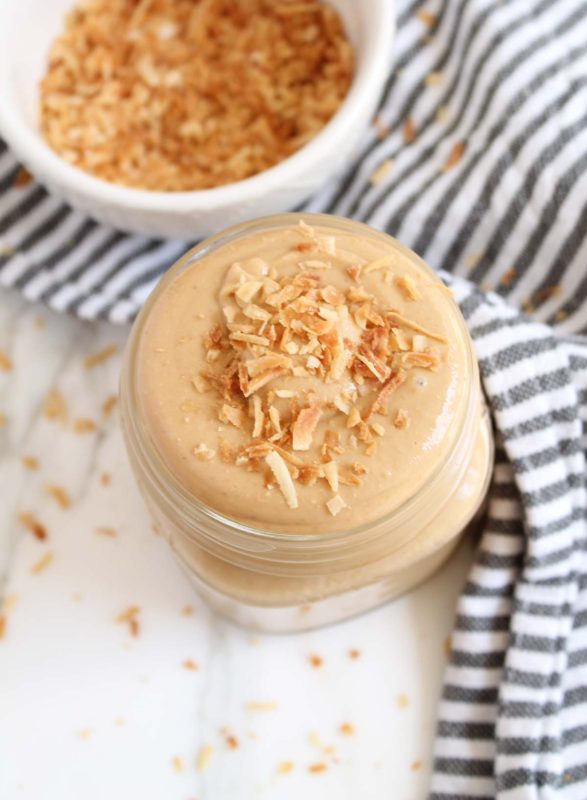