Crisp, flaky, and bursting with blueberries: this blueberry galette is a new summer staple.  (Jump to Recipe) 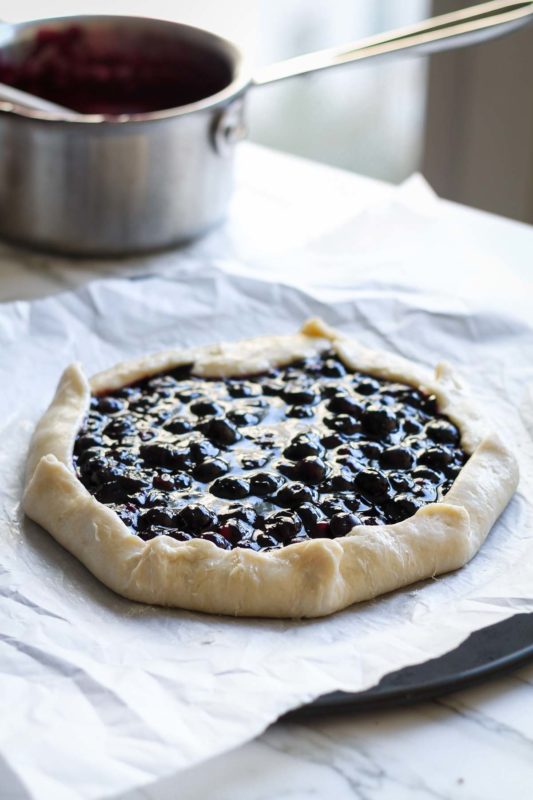 Truth: unbaked pies/galettes photograph better than baked ones.  Just look at the shine on those blueberries!

One of the best parts about summer is that you can throw any in-season fruit into a pie crust or under a crumble with some sugar, bake it, and call it dessert.  I love how laid back summer desserts are.  The fruit is the star, and everything else is just accompaniment.

July brought cartloads of blueberries to the stores here in Chicago.  I’m sure they were at the farmer’s markets too, but truth be told, I didn’t even make it to my normal farmer’s market until THIS PAST WEEKEND for the first time all summer.  Like, the first weekend of August.  We have been so busy and traveling every single weekend that I couldn’t fit in one of my favorite summer rituals, and it makes me sad.  I guess I just have to make up for it as often as I can until October when they close down again.  Where has this year gone? 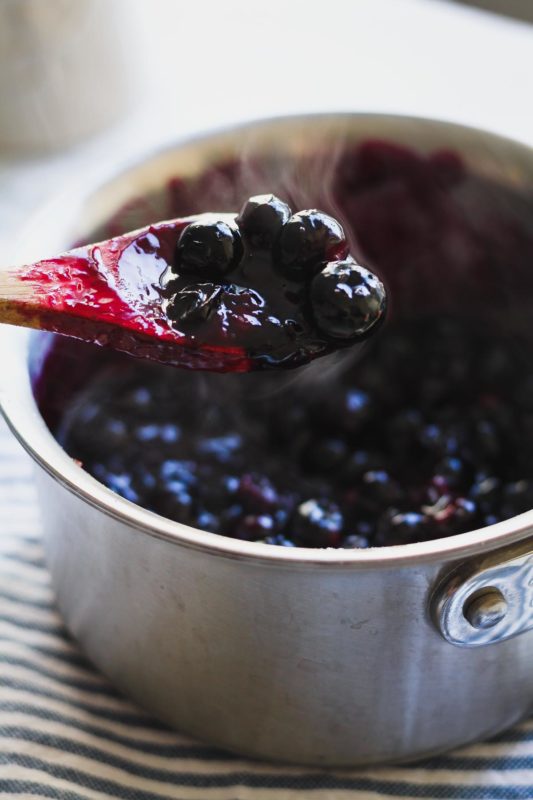 I love blueberries and usually have them with granola or oatmeal in the mornings during the summer, but I’ve often been foiled by them when it comes to pies and galettes.  Every recipe will tell you to use raw blueberries and just toss them with sugar and cornstarch or flour for the filling.  The problem is, no matter how much cornstarch or flour I mix them with, no matter how long I bake them, I still wind up with un-set blueberry soup in the end.  I think raw blueberries are too watery and take too long to break down in the oven, so they don’t have time to set.  I also don’t really like how chunky they still are, even after an hour plus in the oven.  I want my pie filling soft and broken down! 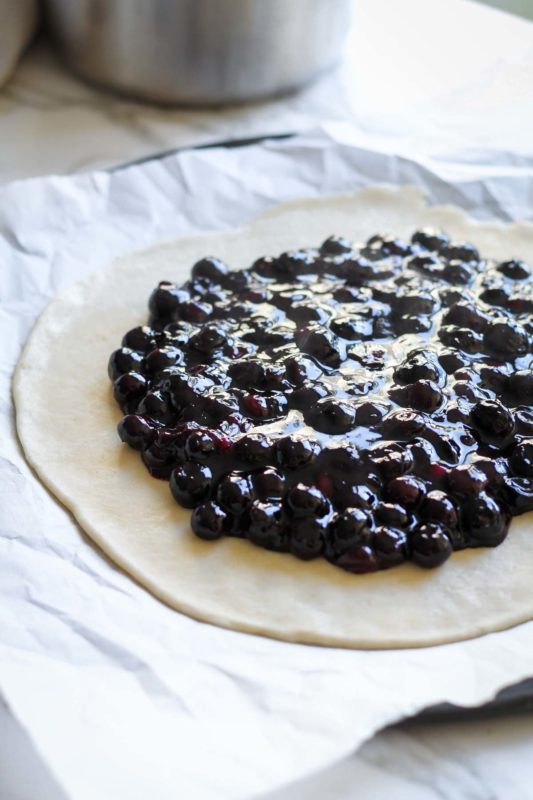 It doesn’t take long!  About 5 minutes or so.  But it makes a world of difference.  The blueberries actually get a chance to break down and release their juices, the cornstarch gets a chance to actually do its job and thicken the mixture because you bring it to a boil, and the sugar gets fully incorporated.  I also add lemon juice and zest to bring out the flavor of the blueberries, and man is it good.  I could just eat the filling, to be honest.

But, flaky pastry.  We must have it.  And cooking the filling helps with that too, as less moisture means less chance of a soggy bottom.  And as Mary Berry says, nobody wants a soggy bottom. 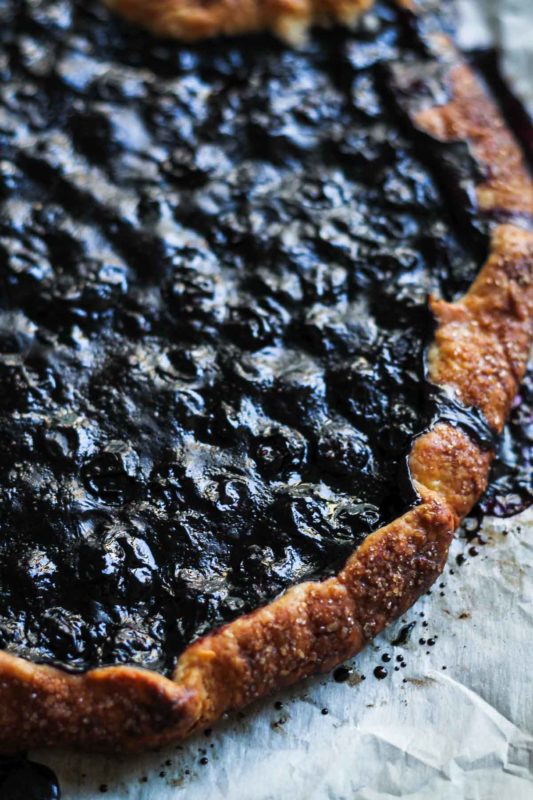 Some tips when it comes to making a good, less-leak-prone blueberry galette:

I love galettes because they are a low-stress version of pie.  I’ve already talked about my pie aversion on here, which I am working on day by day.  But galettes – they’re approachable, accessible, humble, and really good no matter what kind of leaks you may have.  And always improved by a scoop of ice cream. 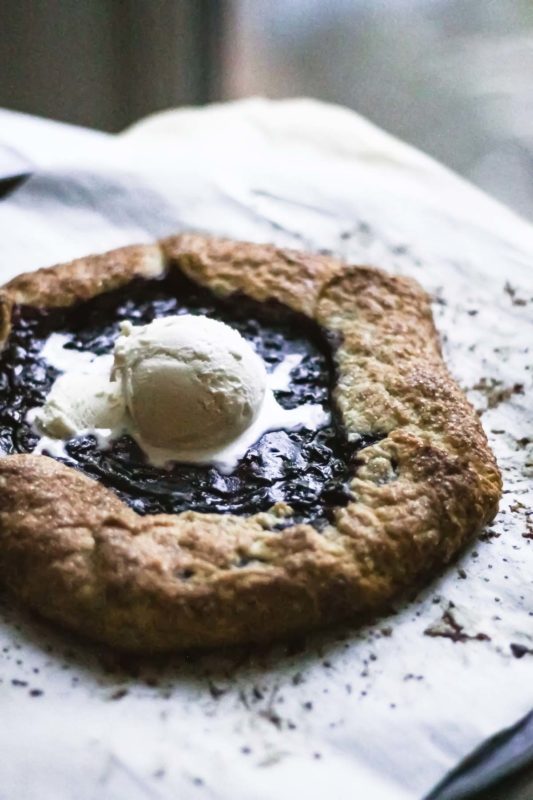 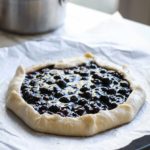 For assembling the galette:

Store leftovers in the fridge for up to 3 days, though galette is best the day it's made.   Recipe adapted from my Peach Almond Galette. 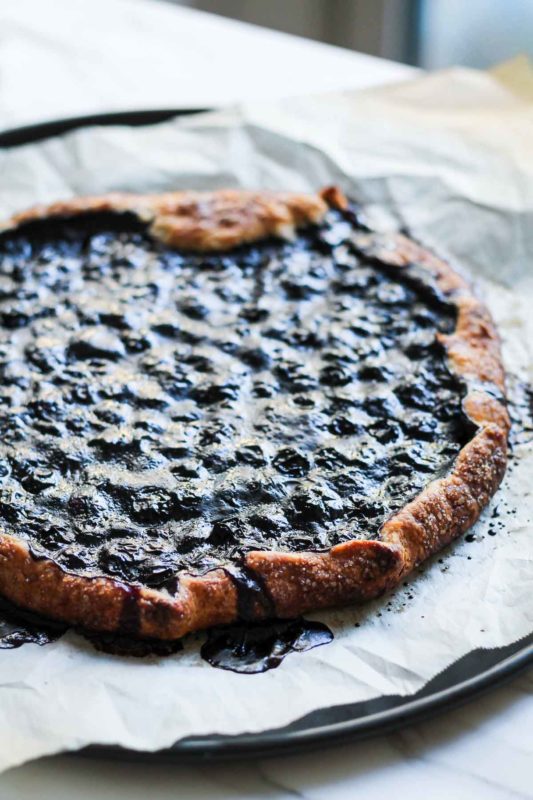